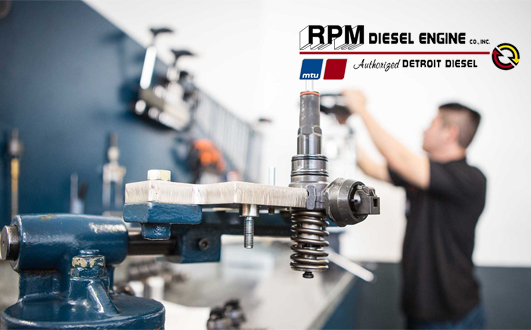 Each one means different things and understanding the differences can save you money and time in the long term. The following article will explain these terms and help you better understand what they each mean.

Unlike a diesel injector rebuild, a new injector comes straight from the factory and has never been used. New diesel injectors can come from a number of trusted manufacturers including Delphi, Bosch, Cummins, CAT, Detroit Diesel, and Stanadyne.

New diesel injectors usually come with a two to three year warranty from the dealer along with a certificate of authenticity. It is important to bear in mind however that each dealer is different.

When it comes to used or refurbished diesel injectors, they must first be removed from a running diesel engine. Instead of rebuilding the injectors, they are extensively cleaned and inspected.

Most refurbished injectors usually come with a one year warranty and this makes them a great choice for consumers looking for quality and a deal.

Fuel injectors that have undergone remanufacturing are different from refurbished in injectors in one key aspect. Remanufactured injectors are completely disassembled, examined, and tested for defects.

Any component that is remanufactured should have an engraving or stamp of the machinist’s name. This allows each component to be easily tracked through the remanufacturing process.

In the event that the diesel injector has an issue, the machine shop can track where the problem first arises. Although remanufactured injectors can be a good deal, they do not follow the important OEM standards of quality.

An OEM diesel injector rebuild is somewhat similar to remanufactured injectors except for a few key differences. First, the used diesel injectors are disassembled and examined by trained technicians to identify any issues and assure quality control.

After they are fully examined, the injectors are completely rebuilt. New components are used by the diesel fuel injection service provider with a focus on replacing all the plungers, seals, valves, nozzles, and solenoids.

Virtually everything is replaced except for the injector housing. The original manufacturer then tests the diesel injector rebuild instead of a third-party rebuilder. OEM injectors offer consumers the assurance that the injectors are fully inspected and of the highest quality.