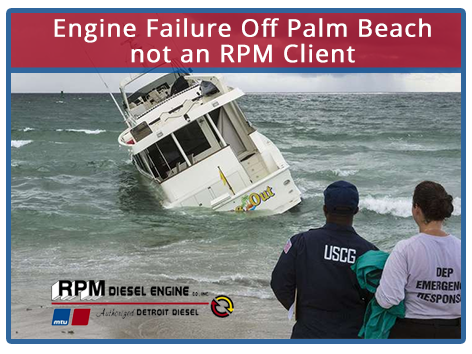 You should look over a boat’s maintenance records if you are in the market to purchase a yacht that has detroit diesel marine engines. If the boat doesn’t have up to date maintenance logs then I would suggest hiring an authorized detroit diesel marine engines mechanic. RPM Diesel Engine Company will do a thorough inspection of your prospective new boat. If a boat has an unusually lower price tag than normal be careful as something could be fishy concerning the detroit diesel marine engines. This also doesn’t mean that your new boat is a bad purchase if they have accounted for the cost of a marine diesel engine overhaul. A marine diesel engine rebuild kit can bring older engines back to the same performance levels as when they were pulled out of the crate.